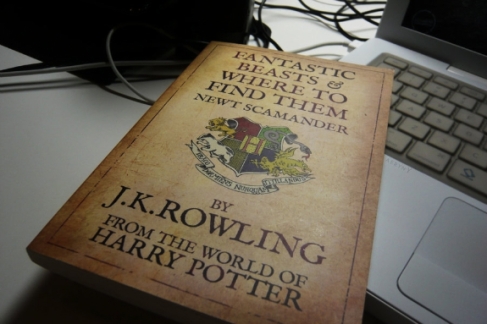 J.K. Rowling and Warner Bros. have announced a new movie franchise called “Fantastic Beasts And Where to Find Them”. Rowling has taken one of the textbooks used in “Harry Potter” and adapted it into a story to begin her screenwriting career. The main character of the story, Newt Scamander, has been mentioned several times in the “Harry Potter” books. “Although it will be set in the worldwide community of witches and wizards where I was so happy for 17 years, “Fantastic Beasts and Where to Find Them” is neither a prequel nor a sequel to the Harry Potter series, but an extension of the wizarding world,” says J.K. Rowling. The story takes place 70 years before Harry Potter’s story begins to unfold, however Rowling added that “The laws and customs of the hidden magical society will be familiar to anyone who has read the Harry Potter books or seen the films.”

As a child, Newt took an extreme interest in hippogriffs and, when he grew up, he became a magizoologist or, in other words,  a student of magical creatures. In 1918, he began to write “Fantastic Beasts And Where to Find Them”. Newt travels to every corner of the globe in order to research the wizarding world’s most fascinating creatures.